We have already talked a little bit about the world of Whateverland and how it came to be, and now it's time to dive into another important aspect of any story – the characters. Oh yes, those motherfuckers that you'll spend a great deal (at least we hope you will) of your time with, trying to figure out how to please them and eventually get something from them. Some make you want to marry them, while others deserve to be killed with Elon Musk's flamethrower (are those still a thing?). As you might have guessed, Whateverland is not the right place to look for some ordinary folk, so each person you meet is going to be insane one way or another. And we're going to introduce some of them to you in many devlogs to come!

But let's start with our main characters, shall we? 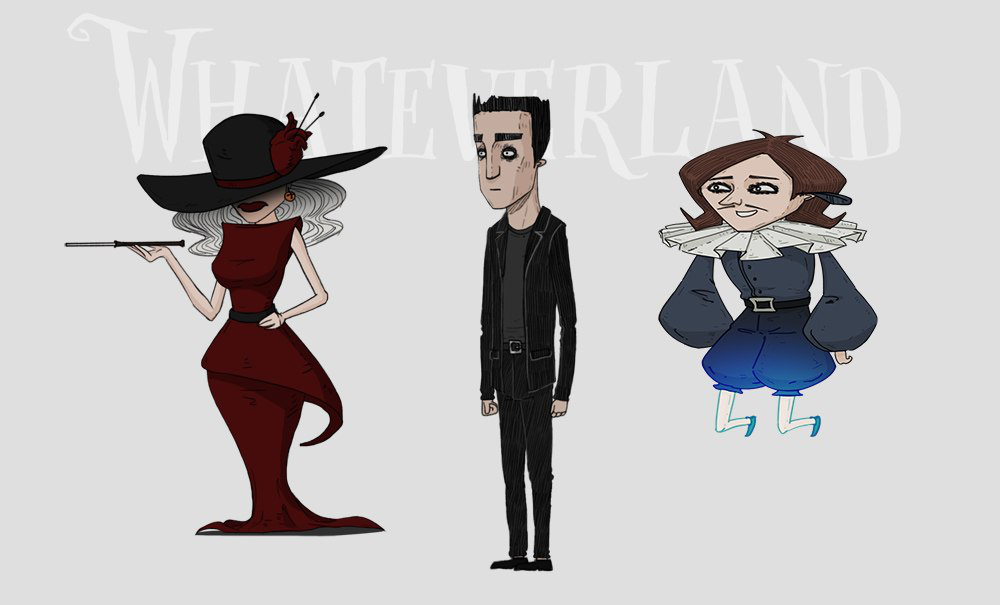 First came Vincent. Actually, his design was the first thing that we ever made for Whateverland back in 2018. 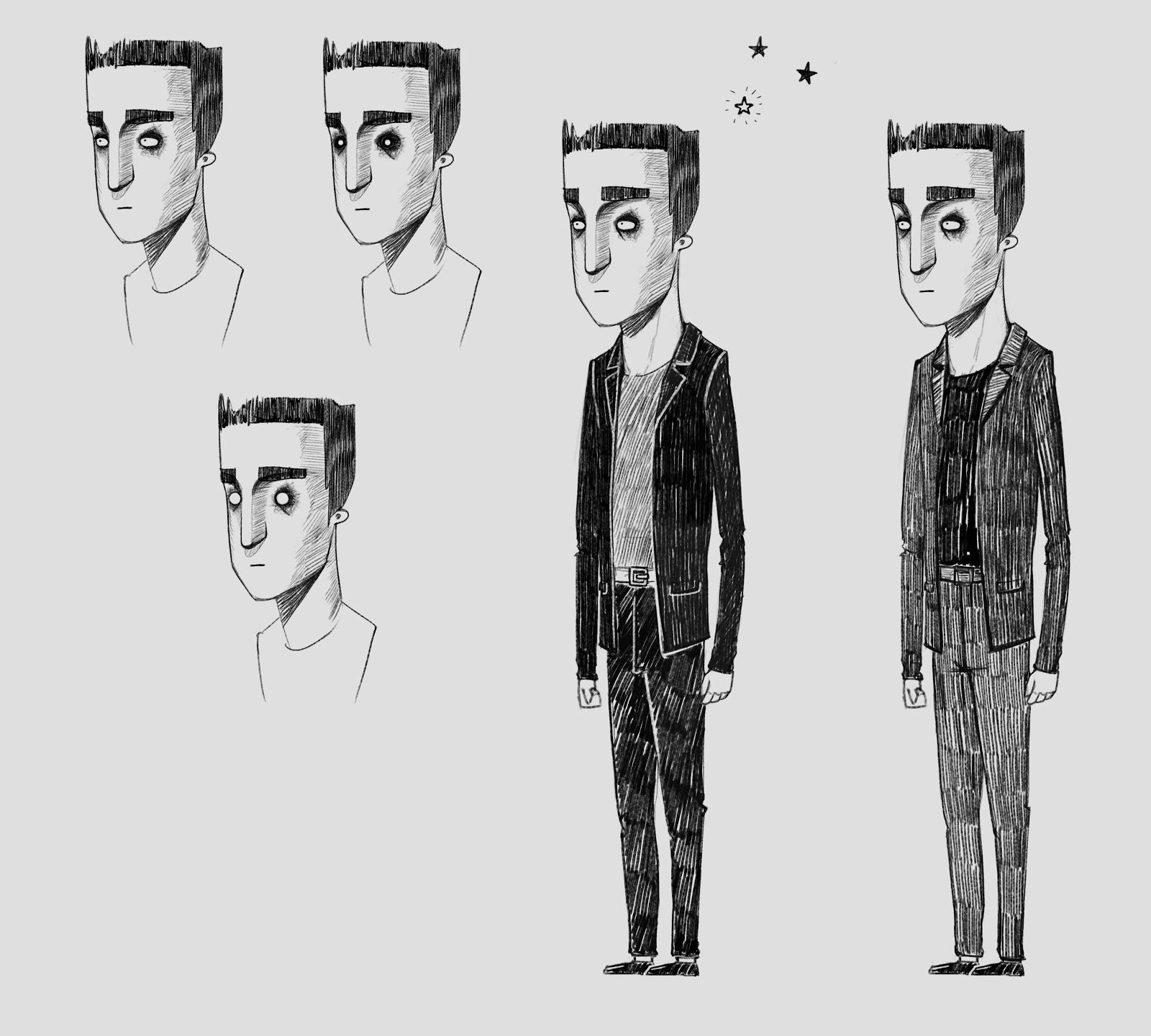 But before we found his final look, our Character Artist, Ann Jean, had a lot of ideas. As you can see, her first sketch was the closest to the version we had in mind from the beginning. 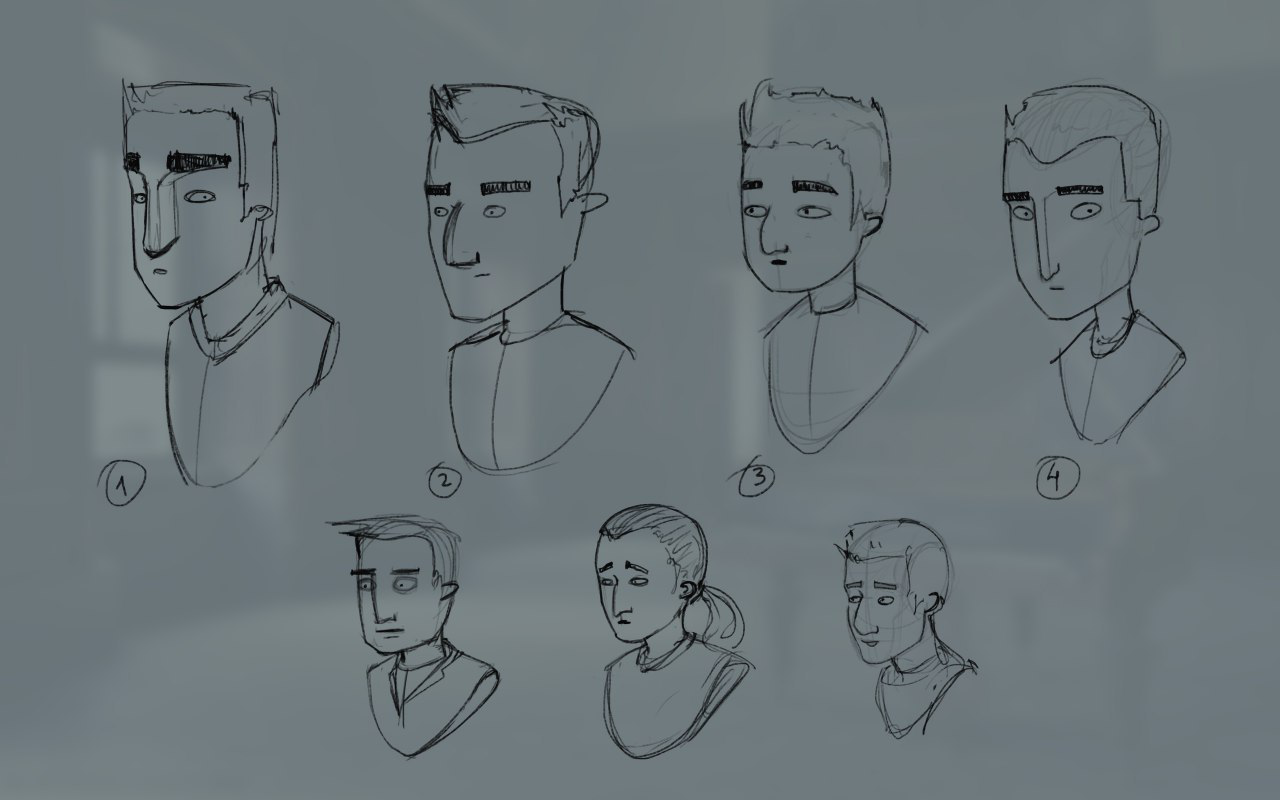 Ann Jean, Lead Character Artist and Animator One of the main rules for creating cartoon characters is that their silhouette alone must be expressive and distinctive enough. That's why I tried to model the inhabitants of Whateverland based on simple geometric shapes. 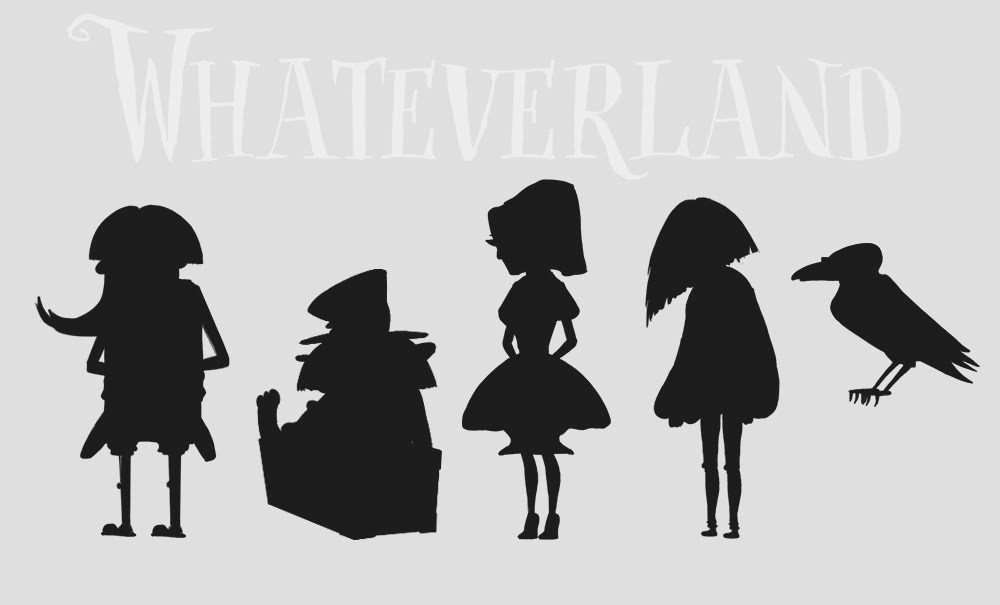 Drawing a character in a vacuum is quite difficult, but fortunately, our background artist Alexandra Kert joined the project almost immediately and it became a lot more fun. The main inspiration for me in terms of visual style was the game "Don't Starve" and Tim Burton's cartoons, which is probably where the main character got his signature phlegmatic look and some stylish eye makeup from. 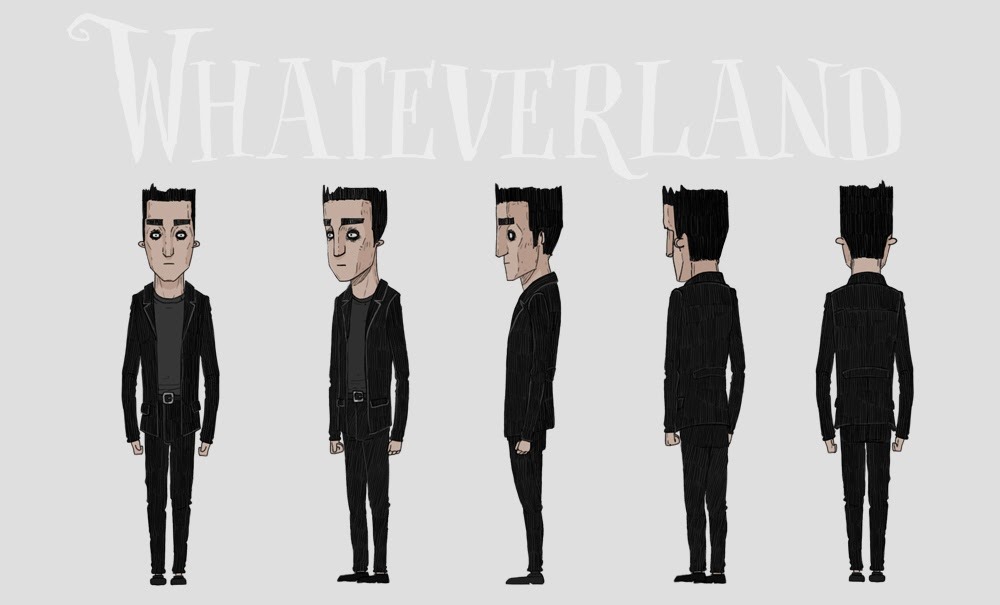 Unlike in the first game by Caligari Games, "The Great Perhaps", where the protagonist only moved from left to right, Vincent will be moving around Whatevereland in eight directions, exploring all corners of the mysterious world where he was trapped by an ancient witch. In order to make my life a little easier while drawing the different angles of the character, I molded his plasticine prototype, which loved to fall off the table and lay on the ground, contemplating his life choices. 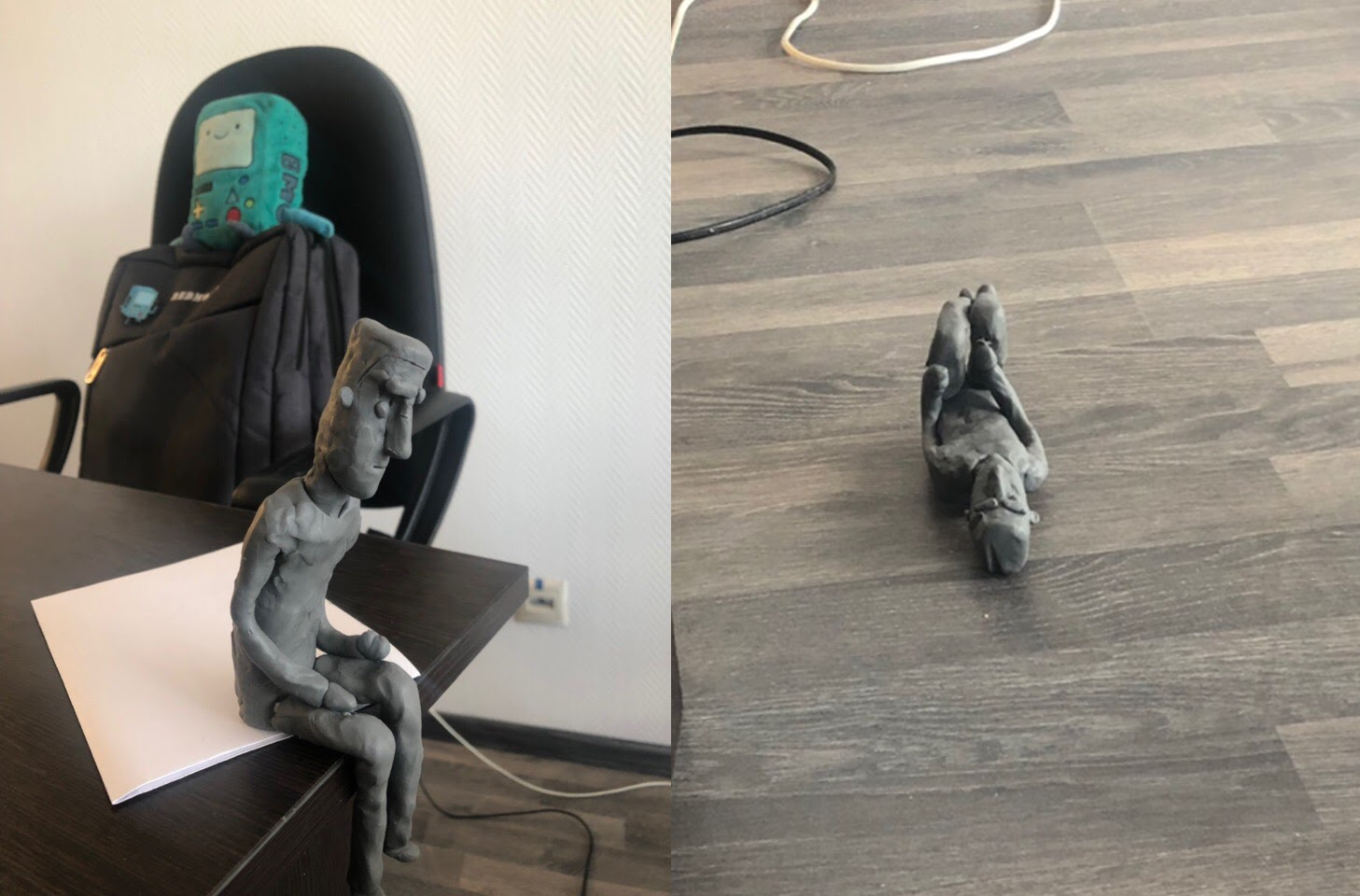 Vincent was followed by another important character, his chatty friend Nick right here.

It's worth noting that Nick's character was originally inspired by the famous Russian writer of Ukrainian origin, Nikolay Vasilyevich Gogol. He wrote a lot of creepy shit in his lifetime, so it was a natural source of inspiration for us. Obviously, the most important detail that Nick got from his prototype is his amazing bob haircut. 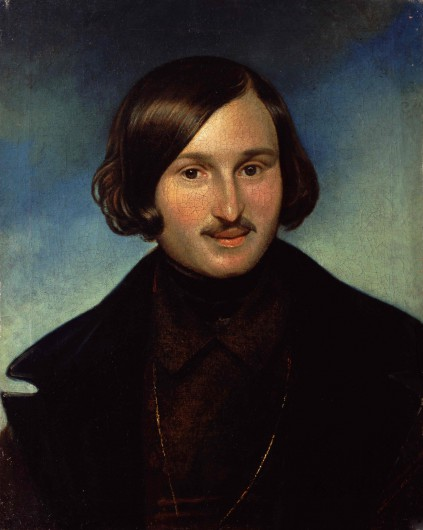 But we also wanted to make Nick resemble someone that most of our international players would recognize, so he ended up looking a little like William Shakespeare as well (you see that collar? Yeah). So, he's basically a lovechild of Gogol and Shakespeare. Could it be any better?

Also, Nick's appearance changed significantly over time. At first, he looked a little more emo, and at some point, we realized that this look doesn't go well with his cheerful flamboyant personality. That's why Nick got a little makeover that made him a lot more conventionally cute. Emo Nick might've been cool, but this one looks like he might ask you to toss a coin to a certain brooding protagonist. 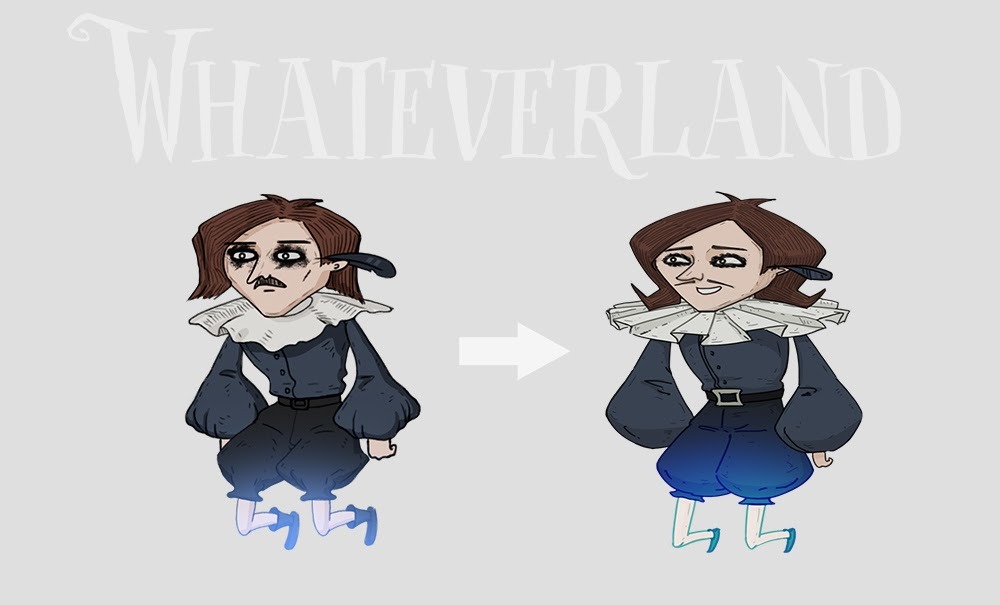 The last one of the main characters to get a design was Beatrice, the *evil* witch herself.

The first thing that's likely to catch your eye is that Beatrice looks like a very modern witch, although she became a lot fancier over time. 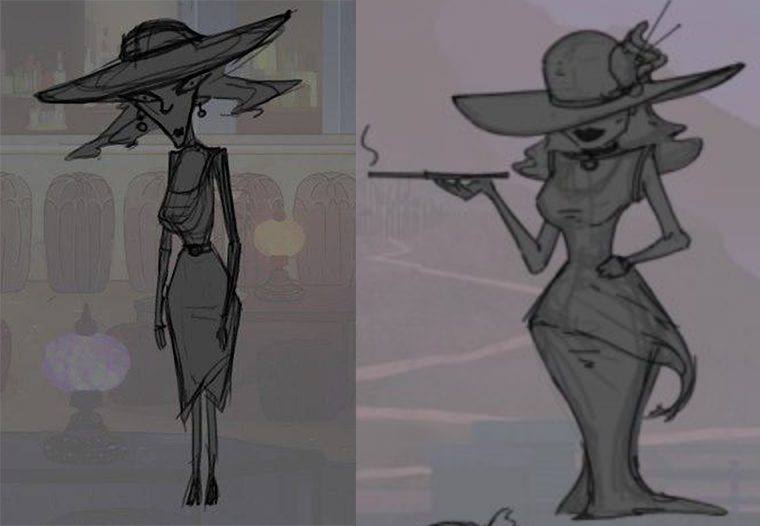 We didn't want to portray a classic image of a fear-inducing crone, so our Beatrice looks more like a character from some Ryan Murphy series. We just love ourselves a stylish witch with a mouthpiece and a hat decorated with an actual beating heart. By the way, the heart was added by accident. In the original sketch, Beatrice had some abstract decoration on her hat, which wasn't supposed to be a heart, but it certainly looked like it, so we decided to give her an anatomical heart on a hat. Why not? Whether it's the heart of her unfaithful lover or an own naturalistic version of "wearing your heart on your sleeve" is yet to be determined. 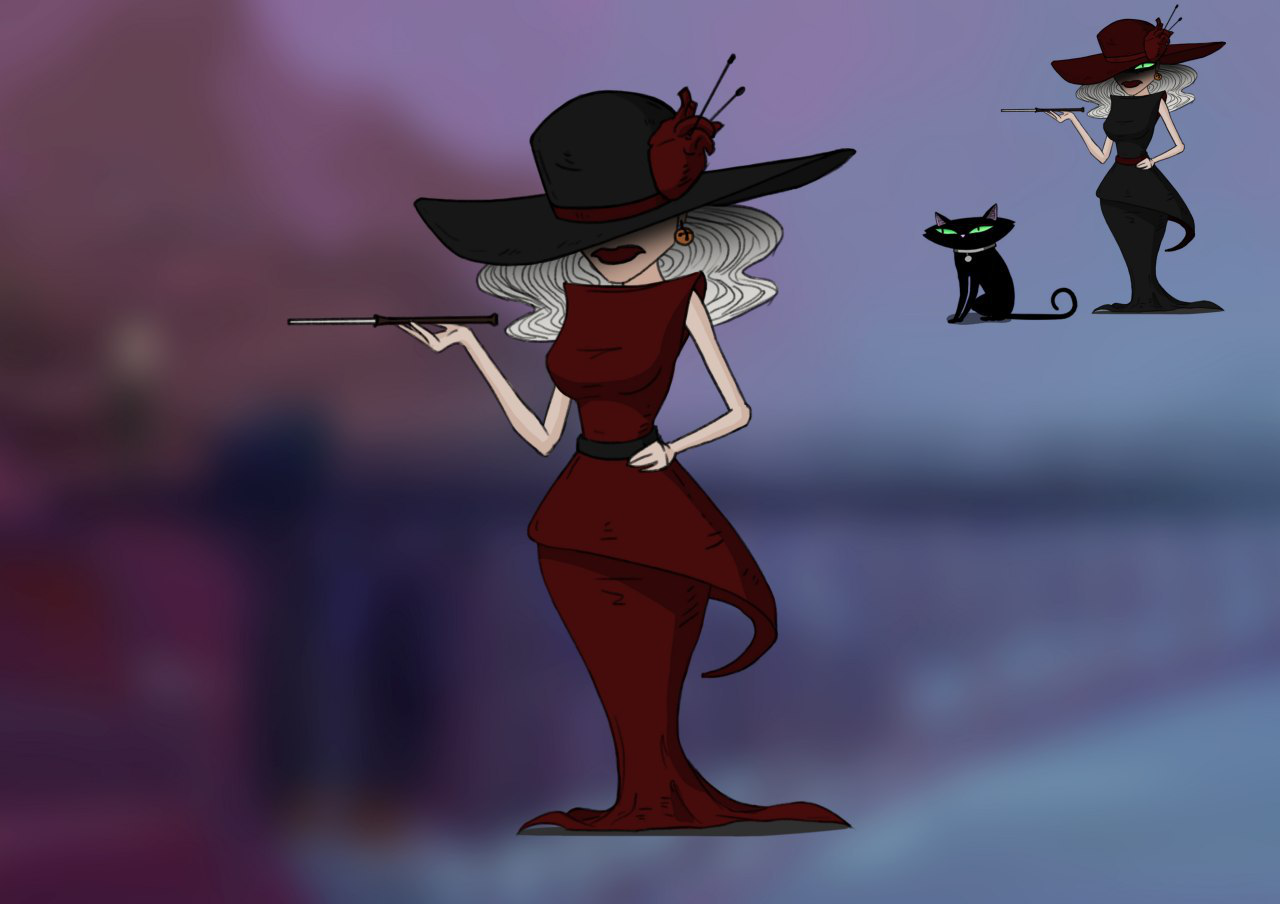 Let us know your thoughts on these three beautiful humans. Well, more like a human, a half-ghost and a witch, but that’s beside the point!

by Eli Mikeladze, Author and Narrative Designer of "Whateverland"