Devlog #2 – The Joys and Pains of Worldbuilding

Meow, meow, meow (What? Haven't you seen our announcement teaser?)

So, you wanted to know how Whateverland came to be, isn't that right? Well, you didn't actually ask for it, but we're going to tell you anyway. And it's a great story, by the way, so get yourself a cup of tea (or a glass of warm vodka, no judgement on our part), sit back and tune in, for we're going to talk about the excruciatingly fun process of worldbuilding for "Whateverland".

First of all, the origin. Because every story has to start somewhere, and this one starts at a literal junkyard. We mentioned before that for Beatrice this world is a sort of bottomless dumpster, where the witch throws whatever she likes or rather whoever she doesn't like. But the world of Whateverland lies beyond an ordinary junkyard, there’s actually a whole city out there waiting to be explored. But who built this city, you ask? It certainly wasn't anyone from the merry band of misfits that got there first, we can tell you that. All of them were completely useless then, and nothing really changed since. Sure, the inhabitants of the city have greatly influenced its appearance, but they weren't the ones who built it from scratch.

The thing is, Beatrice is a pretty fiery lady. And we mean it literally. Like any decent witch, she was once burned at the stake with all of her possessions, including the grimoires. Thankfully, the inquisitors were stupid enough to think that magical books would burn down irrevocably. Guess what, assholes – they don't! After her "firebath" Beatrice got angry (and who wouldn't?), so she created tiny creatures, Bookashes, out of the ashes of her grimoires and ordered them to build a place where she could trap all those who wronged or annoyed her enough to even bother. The witch said, 'Let there be a city'; and there was the city that later became known as Whateverland. And it was good. 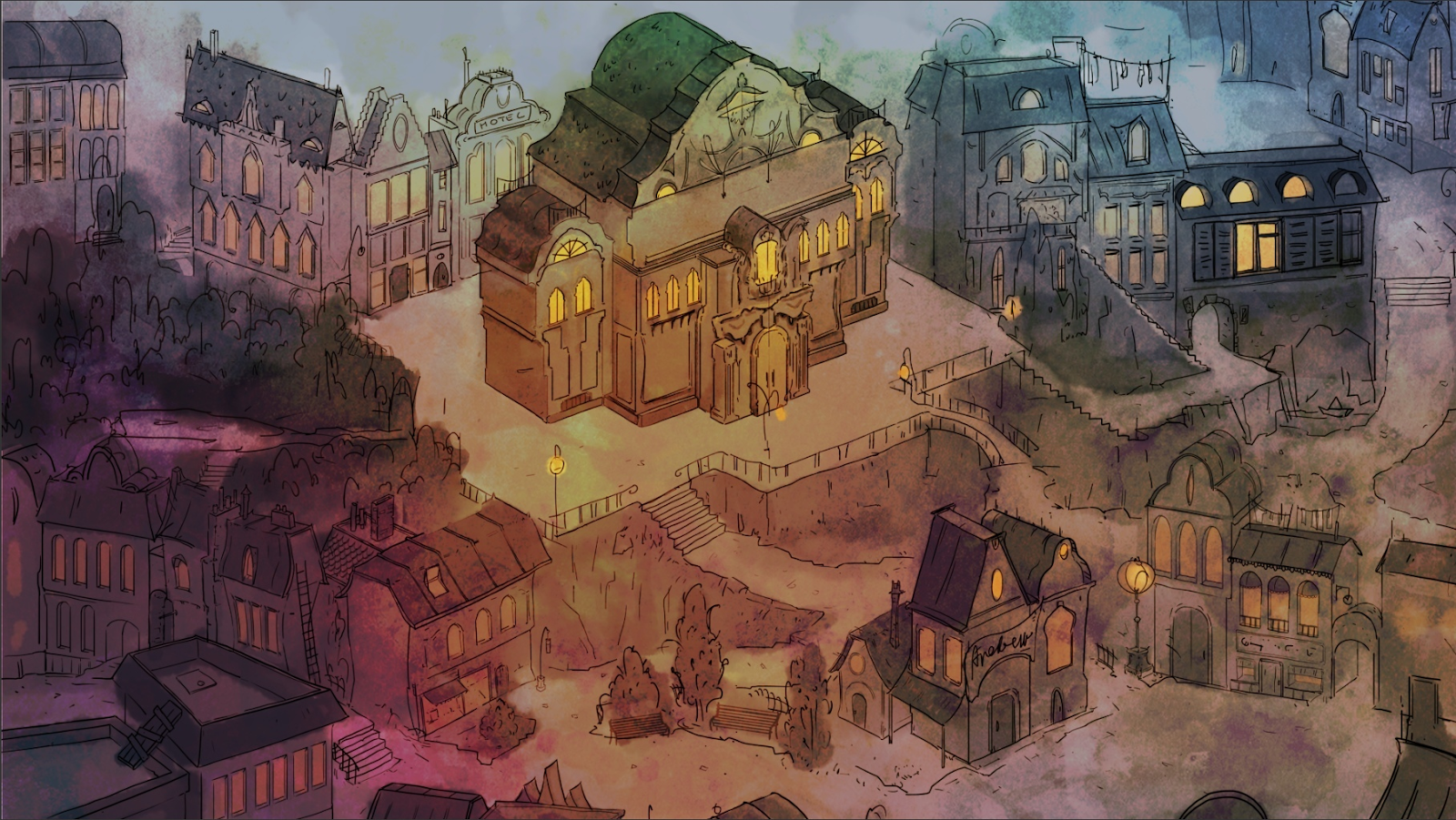 Are you still with us? If so, then that's enough for the lore, time to dive into the inspiration behind the visual style of the city and its architecture. Since technically the world was built by magical beings that exist outside the traditional framework of time, we could make the city itself look any way we wanted. The idea was that all the buildings would be designed roughly in the same style, and then we'd gradually add a variety of details, which would make the appearance of the city more vivid and lively. The people of Whateverland come from many different countries and time periods, and each of them has something to bring to the image of the city. But before getting started with the architecture and all the other good stuff, we had to create a map.

Alexandra Kert, lead background artist: "The first challenge was to determine the overall shape of the map – what kind of city Whateverland could be. I wanted it to show at least some history of its origin, so I started thinking about what surrounded the city (like a river, for example) and most importantly, how it developed through time. Most likely, Whateverland was never strictly planned by anyone, unlike cities like New York or Barcelona. So, it had to be designed as an old European city like Rome, which grew organically on its own. This is why Whateverland is centered around the building with a square in front of it that later became the Casino, a key location of the whole game. 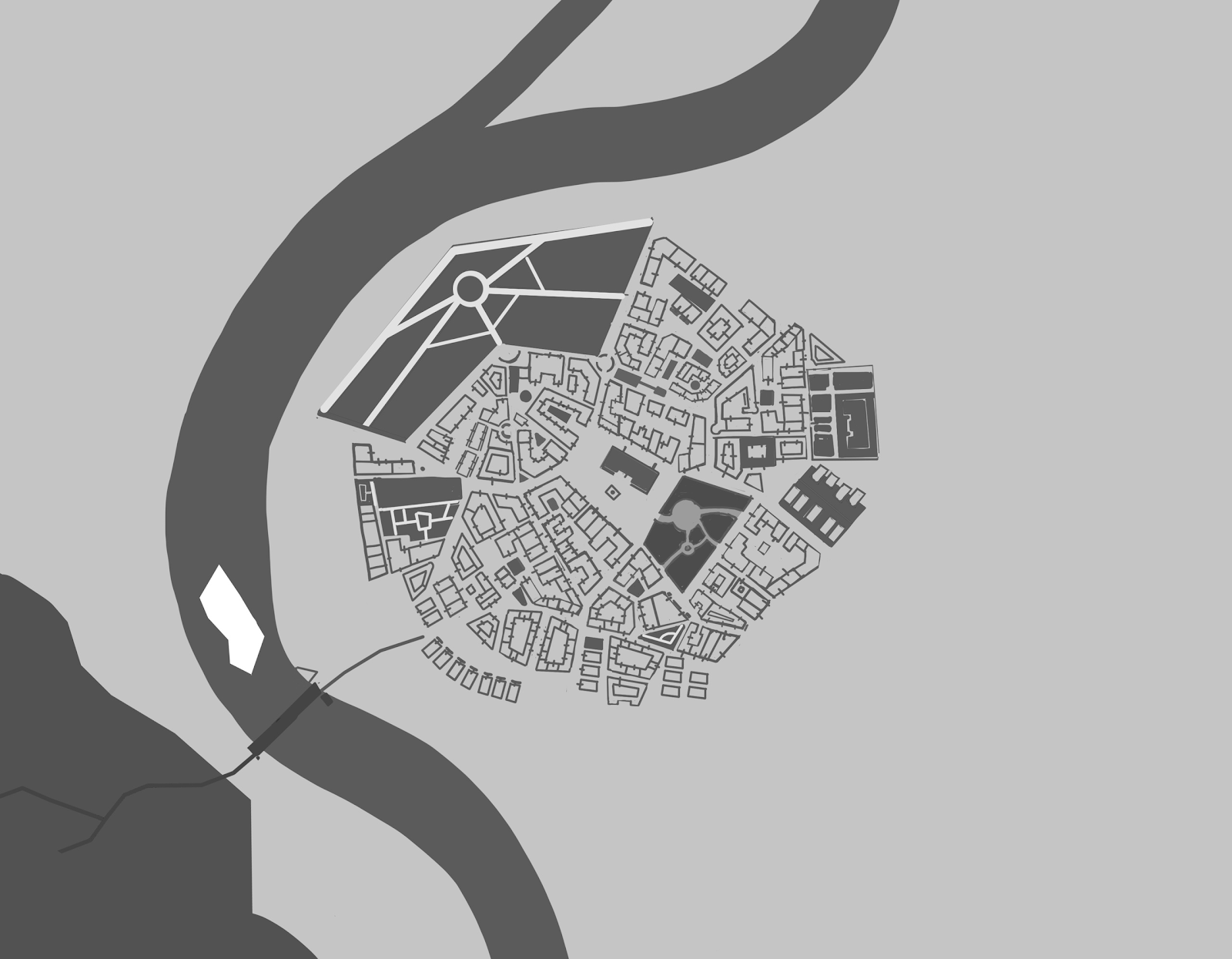 Then there was a question of perspective and the depiction of the map itself. As a reference, I used both the maps of medieval cities with a weird angle and modern plans of cities, including in-game ones. At first, the idea of drawing an entire city by hand scared the shit out of me by its magnitude, so I decided to at least prepare the base by creating a 3D model. At some point I even wanted to make the whole map in 3D, but in the end decided against it. 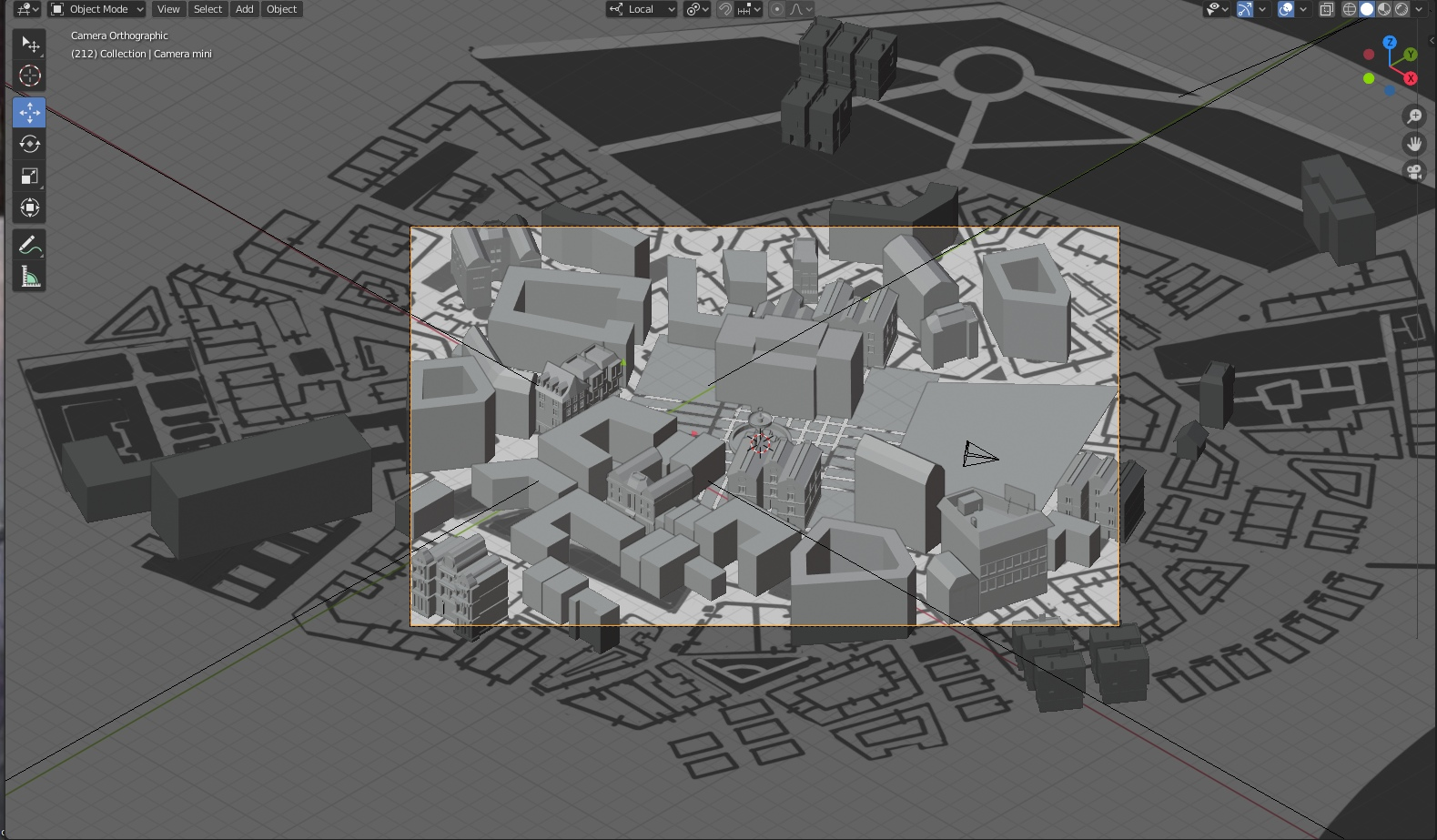 However, in the process of 3D-modeling came the understanding that I needed more creative freedom. I wanted to experiment with the angle of view, without being strictly bound to isometry or a more realistic view from above, and here we are, drawing a whole fucking city by hand."

So yeah, we kind of made a map. But what about the architecture, the "feel" of the city? In our opinion (or rather in the opinion of the game's author), there is no architectural style more mysterious and bewitching than art nouveau. So it was decided early on in the development that most buildings would be designed in this style, or at least have some of its visual features. During initial sketching, some of the buildings ended up looking very Haussmannian, that's why Whateverland may remind you of Paris from time to time. But the vibe of an old European city mixes with whatever it is that the residents of Whateverland have to offer, so don't be surprised to find an authentic ramen shop or an actual souq in the midst of some rococo houses.

In the end, the look that we want to achieve for Whateverland is that of a mysterious city where anything can happen, populated by some very weird people, each one more bizarre than the other.

Obviously, our work on worldbuilding is far from complete, but we're trying really hard out here, so… you know. Press all the buttons you need to, but the best of them say "add to your wishlist". And we'll keep filling you in on all the details of making "Whateverland" in future devlogs.

If you have any questions – good. You can ask us whatever questions you want, even if they're about your very own existential crisis.

by Eli Mikeladze, Author and Narrative Designer of "Whateverland"