It's time to tell you more about our second project, which we started working on back in April 2018, and last summer we have begun the process of early development (pre-alpha). This new project, which you may have already heard about, is called "Whateverland".

We like to call “Whateverland” a not-so-classic point'n'click quest. But seriously, it's a quest with branching dialogues, non-linear gameplay and a bunch of endings, which obviously vary depending on the decisions you make.

You'll play as this guy:

Vincent is a skilled thief who decides to steal a precious necklace from a mansion of a lonely old woman named Beatrice. His plan would have gone perfectly well, but when she catches him red-handed, she turns out to be an ancient powerful witch.

As a punishment, Beatrice sends him to the parallel world she has created, where the witch traps those she considers her enemies.

The poor souls, who have wronged Beatrice one way or another, are trapped in this mysterious world and have long since lost hope of getting out. Most of them have reconciled and started from scratch, naming their new home Whateverland.

Vincent is much more determined and doesn't plan to spend an eternity in this enchanted prison. Early in his journey, he meets Nick, a weird guy who has decided to join the newcomer and help Vincent find his way out. Together they embark on an exciting journey, discovering the unusual inhabitants of the city, as well as the mysteries of Beatrice, who seems to never lose sight of them. 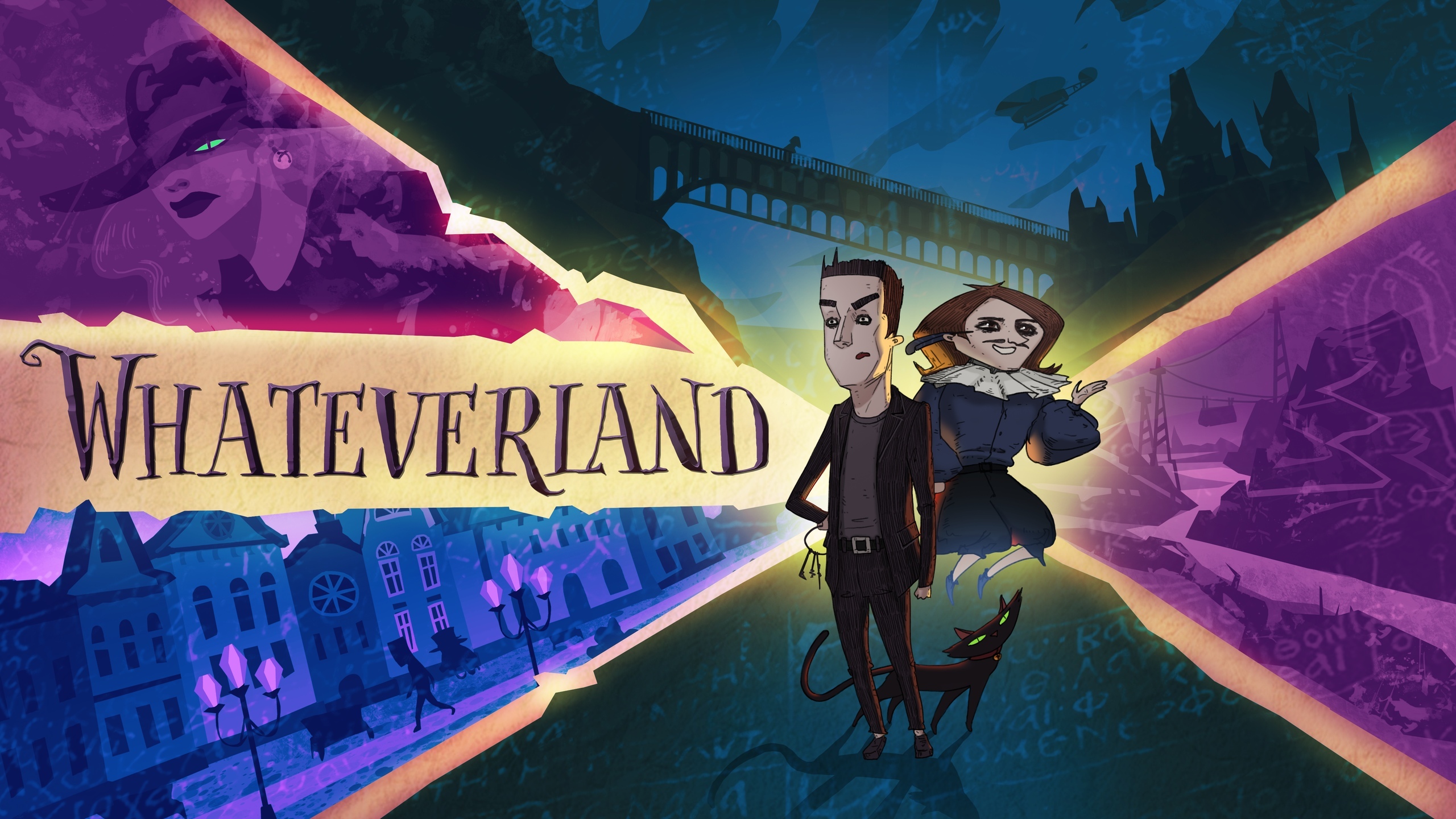 Initially we were planning to make a short point'n'click quest, but during the development process some new ideas appeared which we really wanted to bring to life. For example, at one of the early stages of development, we decided to add a board game to Whateverland, and that idea grew into a large-scale project called "Bell & Bones". We can't reveal all the details yet, but in short, B&B is the lovechild of Rugby and Quidditch that really wants to become Chess.

Earlier we published an animation of the character, mentioning a "game within a game". You’re going to meet this charming tank in B&B.

So here’s our first devlog, that finally introduced the players to a project that we've been working on for the last year, giving it all our time and energy. All 12 members of our team are devoted fans of the Adventure genre, and we wish to carry out every crazy idea that we have in “Whateverland". We're sure to do it in 2020!

We would also like to take this opportunity to wish you a happy 2020! We hope that all your plans are fulfilled this year, and that it'll bring you nothing but joy and many unforgettable events!

The year 2019 was truly significant for Caligari Games, because we released our debut game – "The Great Perhaps”. This event was very emotional and exciting, so we want to thank all those who were with us this whole time. Thank you for your support!